I AM CLEANING...
HOME

I AM CLEANING...
About

I AM CLEANING...
about Here at Vax we’re celebrating our 40 Year Anniversary and it’s making us nostalgic! The 70’s were a true time of innovation when many new gadgets were introduced that are still in use today. Not just an era of outrageous wall paper and flared trousers, from punk to Post-it-Notes, inspiration was flowing and ready to change the world forever. The first Liposuction operation was happening in Europe and America’s first space station was going into orbit – but did you know a lot of the technology we use in our homes today was first available in the 70s too? Read on to find out more… Still many years before the invention of Excel, the pocket calculator was born. Using just a few chips of power consumption, it quickly spread worldwide, helping everyone with simple and more complex mathematics. The smallest ever calculator was made at 1 nanometer (that’s smaller than one millionth of a millimeter). Although the modern smartphone acts also as a pocket calculator, the desk top calculator still survives – and will always be the preferred way for children to type rude messages to show to their classmates! The very first email was sent by computer engineer Ray Tomlinson on July 1st 1971. The message probably consisted of only a few words and letters and was sent to himself, but the implications would change communications worldwide forever. What began as a simple experiment to test if two computers could send each other a message has now expanded beyond belief, with more than 2 million emails sent every second. That’s a lot of spam. Created in 1972, the first games console for sale was the Magnavox Odyssey. At the same time, Atari began marketing the PONG arcade game as a home console 2 years after its launch. Connecting to a television set, it displayed just three square dots and a vertical line. Though a far cry from the complex animation that now entertains millions worldwide, it was an exciting proposition of its time. Its influence has spread like wildfire with an estimated 70% of 16-65 year olds in the UK regularly using a gaming device. The first handheld mobile phone weighed 1.1kg and measured 23 cm, taking 10 hours to charge, providing just 30 minutes of conversation. It has since undergone a huge transformation from being a voice-call only device that was originally attached to cars or larger vehicles. In 1994, the smartphone was born and today the mobile phone is an all-in-one camera, phone and personal computer that barely resembles its 70s ancestor… and is definitely far more ‘mobile’. Whether it’s a note on your desk reminding you to call the dentist, or one on the fridge to tell your partner to buy milk, the Post-It-note helps us stick a reminder directly onto any object we choose. Originally sold in classic yellow, the Post-It-Note was slow to gain acceptance, but is now sold in over 100 countries. It’s hard not to wonder how people remembered things in the years before them – let us know if you have the answer! Created by Kodak, the first digital camera used film production camera materials and combined them with a cassette recorder that played back images directly onto a television set. It took a snail-like 23 seconds to take the first digital photo, produced as a 0.01 megapixel image in black and white. Like many things, the digital camera started small and worked its way up, with cameras now available with over 500 megapixels that can take images of far off galaxies and supernovas. With the first prototype made from a milk churn, a water heater and a shower pump, the first ever domestic carpet washer was invented by entrepreneur Alan Brazier in his home town of Droitwich. After winning a contract to clean Newport Pagnell service station he realised that the carpet cleaning equipment available – boiling water and a board to scrape off the grease – needed improvement. In the 70s, the Vax three-in-one tub quickly became a status symbol for a modern domestic household and subsequently became the UK’s best-selling vacuum cleaner. It still exists – in a more advanced form – in homes all over the world today. For all the 70s inventions that have stood the test of time, some have unfortunately gotten lost along the way. The VHS was introduced by Japanese engineers in the 70s to be compatible with the ordinary television set. It survived 3 decades to then be replaced by DVD as the preferred method of watching recordings. But those of us who have enjoyed many relaxing afternoons with a film from our hefty VHS collections will never forget them. Of course, it’s nice that we no longer have to rewind films for the next time!

With so many great inventions, these are just some of the 70s innovations that still help us every day now. What item from the 70s couldn’t you live without? Let us know in the comments…

How to clean your car interior at home 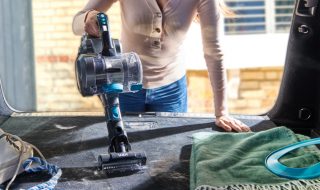 You may be able to see the remains of winter in the interior of your car, from muddy floor mats, dirty seats, debris and rubbish … Read more →
Facebook
Twitter
LinkedIn
Google+

How to eliminate muddy messes in your home 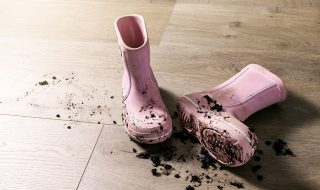 With the easing of lockdown and the nicer weather making an appearance, many of us have had the opportunity to socialise outdoors. Whether it’s a … Read more →
Facebook
Twitter
LinkedIn
Google+

The wet and muddy survival guide for your home 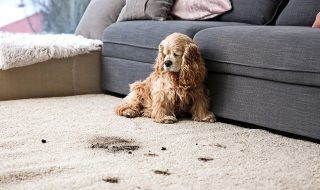 We tend to see a lot of rain this time of the year, this kind of weather can bring a lot of mud into your … Read more →
Facebook
Twitter
LinkedIn
Google+ 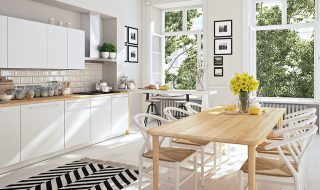 Your home can go through so much during the winter months, mud, dirt, accidental spills, the list goes on. With the days getting longer and … Read more →
Facebook
Twitter
LinkedIn
Google+

Cleaning hacks for your home 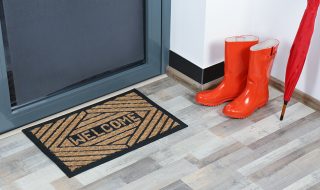 Do you ever feel like the chores around your home never end? Whether you constantly clean your home or tidy up every now and then, … Read more →
Facebook
Twitter
LinkedIn
Google+